The Discovery of Cliff Palace by June Grist

Undoubtedly, the 18th century explorers caught glimpses of the Anasazi ruins, and William H. Jackson of the Hayden Geological Survey photographed the ruins in Mancos Canyon in 1874. Not until Richard Wetherill and Charles Mason first saw Cliff Palace on a wintery day in 1888, did these remains of an earlier civilization begin their way to national and international prominence. By 1906, increased tourism, misguided collection of the relics, and thoughtless vandalism, prompted the establishment of Mesa Verde National Park. 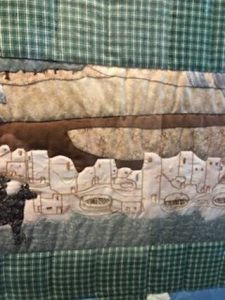 The Rio Grande Southern Railroad train steamed into Mancos in the fall of 1891 amidst much fanfare and jubilation. Before rail service, a trip to Durango took two days by wagon and team. The train heralded new markets for agricultural and timber products, coal and ore. Tourists, ball clubs, horse race fans, and even the circus came to town. Mancos became the railhead for freighting goods to Cortez, trading posts and mining camps.

Designed by Otto Mears, the Rio Grande Southern connected the towns of Ridgeway, Telluride, Rico, Dolores, and Mancos to Durango. During the Depression of the 1930’s the train was replaced by modified passenger-baggage cars, powered by gasoline engines, known as the Galloping Goose. Abandoned in 1950, stretches of the overgrown railroad grade are found on the San Juan National Forest. 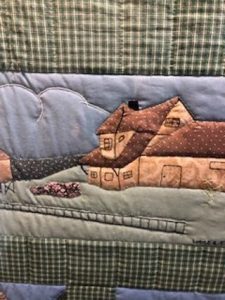