The Freighters  by Annlea Mola

At first all supplies had to be hauled in by freight wagon or pack animals from the railroad terminal in Alamosa. After the Rio Grande Southern reached Mancos, the Nolands and Guillets developed a lively business with trading posts along the San Juan River. George Spencer hauled mining equipment with his team of 16 oxen as far as Lee’s Ferry. The Brittains made local deliveries from the station. Lou Devenport Brittain raised twelve children and carried on her husband’s delivery service after illness forced him into early retirement. 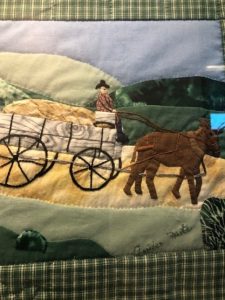 The Horse and Buggy Doctor  by Barbara Aikin

Relying on his horse and buggy to make his rounds, the frontier physician ministered to the community as best he could. Among those establishing their practices in Mancos were Newton G. Field, E.N. Lowe, A.W. Seabury, John B. Wrightsman, Leonard J. Clark, and J. R. Trotter. Several midwives such as “Grandma” Perkins and Mary Lamb, assisted in birthing and staying with the new mother until she could resume her considerable household duties. 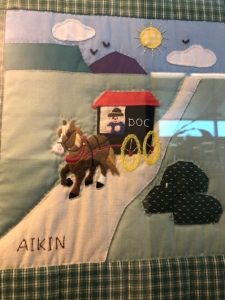