THANKS BE TO GOD BY Sine Skaggs

“Honoring their religious heritage, the pioneers gathered in homes for Sunday school classes, ministered to one another and to strangers, and welcomed the Methodist Circuit Rider in 1878. The Methodist Church was established in 1883. The Mormons (L.D.S.) built their church in Webber Canyon in 1885. The Baptists founded their church in 1893, followed by the Episcopalians in 1897, and St. Rita’s Catholic Mission in 1913. Strong religious traditions undergirded the moral character of the community.” 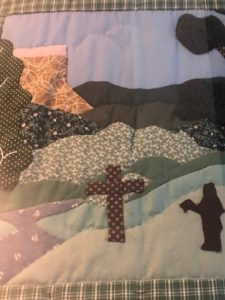 THE LIVERY by Jean Kelly Bader

“The livery was the forerunner of the car rental agency. Kelly & Jarrett and other liveries provided saddle horses and driving teams for hire.  In addition to serving the general public, they catered to tourists and archeologists wishing to visit the Anasazi dwellings. The Lemmon and Ausburn hotels, Mrs. Hyde’s restaurant, Garrison’s Saloon, Baker’s Billiards, and the Caviness’s Club Rooms welcomed visitors in the 1890’s. 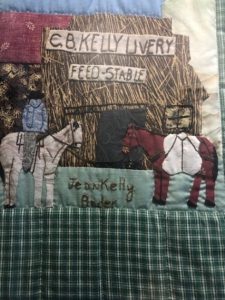