“Since 1841 when the Spanish made a treaty with the Utes, several expeditions had explored the Mancos Valley, either prospecting for gold and silver or searching for a shorter route to the California Missions.  Some Spanish place names are translations of original Ute names.  In the 1870’s John

Moss obtained permission from the Utes to prospect 25 square miles of the La Plata Mountains. His group laid the foundation for Parrot City in 1974. Recognizing the potential of the valley, several of his me returned to stake homestead claims including John Brewer, Fred Franks, Dick Giles, Harry Lee, Ed Merrick, James Rafliff, and Almarion Root.” 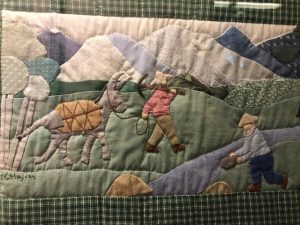 “In the 1870’s huge outfits trailed herds through the area on their way to Utah Territory. In September, 1976, Maj. Daniel L. Sheets grazed cattle through the Mancos Valley. Although Maj. Sheets did not return, his cowhands decided to settle in this valley where the grasses were chest deep on their horses. These young men were Charles Frink, Wylie Graybeal, John Gregor,

Pat O’Donnell, and Lou Paquin. Also arriving in the spring of ’76 were Nick Bergstrand, Bill Bullok, and John McIntyre.  These cattlemen established the beef industry in the Mancos Valley.” 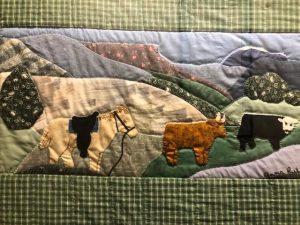